Are you planning a trip to Brazil and are wondering what are the best places to visit in Brazil?

Brazil is a huge country in South America. It is the fifth-largest country in the world by area and the sixth-most populous. Not only Brazil is huge, but it’s also diverse and has a lot to offer to its visitors. And thanks to that it attracts so many visitors.

Stunning beaches, vibrant cities, well-preserved colonial buildings, unforgettable landmarks and jungles. This and so much more you’ll experience in Brazil! And you’ll fall in love with it!

But where to start? What to do and see in Brazil?

Brazil’s size and diversity can make it hard to know where to start.

That’s why we have created this list of some of the best places to see in Brazil. Check it out!

7 best places to visit in Brazil 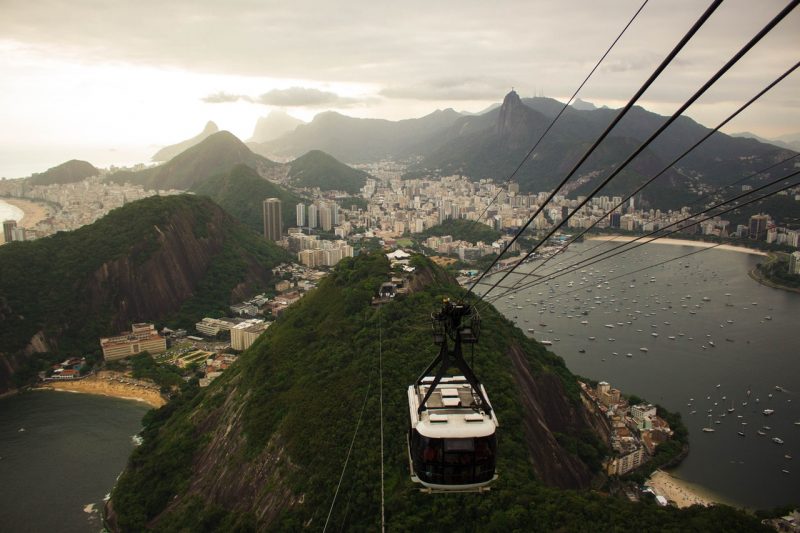 Rio de Janeiro, an absolute favourite among so many visitors, is one of the most vibrant and culturally-rich cities in the world.

Home to the largest carnival in the world, exuberant Rio de Janeiro offers plenty of things to do for its visitors.

Christ the Redeemer is without a doubt Rio’s most famous landmark and one of the best places to visit in Brazil. Christ the Redeemer is a famous statue located at the peak of the 700-metre Corcovado mountain. The statue is massive — it is 30 metres high, excluding its 8-metre pedestal. The arms of the statue stretch 28 metres wide.

Travel through the beautiful urban forest on the cog train to the top of the mountain to see the iconic statue. Or, simply take an Uber. Hiking is possible too, but as muggings there happen often, it’s not safe anymore.

Another exceptional landmark is Sugarloaf Mountain.

Take the cable car to the mountain and enjoy the stunning views from above.

Rio is also known for its beaches. With a backdrop of towering mountains, Ipanema and Copacabana are among the most sought after beaches in Rio and in all of Brazil.

Love to hike? Pedra do Telégrafo hike leads one of the most stunning viewpoints in Rio de Janeiro. It starts at Praia Grande in Barra de Guaratiba and terminates at the top of Guaratiba Hill. Join a guided tour

Want to visit something unique? Then Escadaria Selaron is a great place to go. They’re world-famous steps which are covered in over 2000 tiles collected from over 60 countries around the world.

And last but not least — one of the most popular parties in the world, Rio de Janeiro Carnival.

Normally held during the first week of March, it attracts approximately two million people each day. 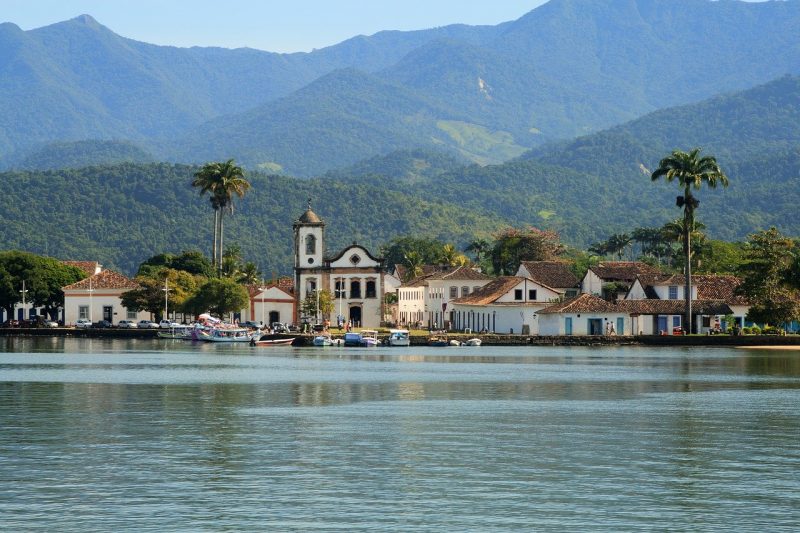 Paraty (also known as Parati) is a picturesque town between Rio de Janeiro and São Paulo.

It is known for its Portuguese colonial centre with cobbled streets and 17th- and 18th-century buildings.

Wander around Paraty’s ancient streets and admire the well-preserved Baroque architecture that will remind you of tiny towns of Portugal.

Thanks to the well-preserved architecture, the historic centre of Paraty is a UNESCO World Heritage Site. 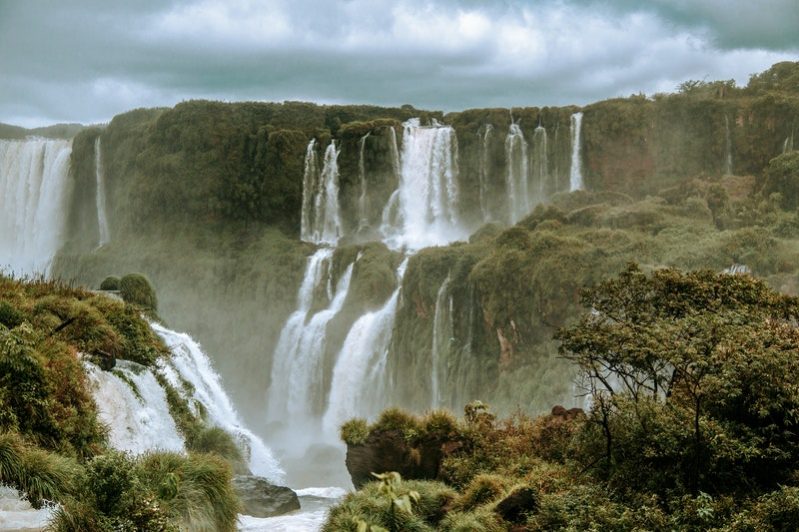 Iguaçu Falls are waterfalls located on the border of Brazil and Argentina.

Made up of hundreds of waterfalls, it is the largest waterfall system in the world, and it has the highest flow rate in South America.

This immense and scenic set of waterfalls is surrounded by lush rainforest and is truly one of the most spectacular waterfalls in the world.

Staying at a hotels/" 3142 target="_blank">hotel (5* Belmond Hotel das Cataratas) right by the thundering cascades of Iguaçu Falls is an unforgettable experience. Yes, it’s pricey, but you have complete access to the falls even outside visitor hours.

If you have the opportunity, splurge on a helicopter ride over the impressive falls. It is one of the best things to do in Brazil. 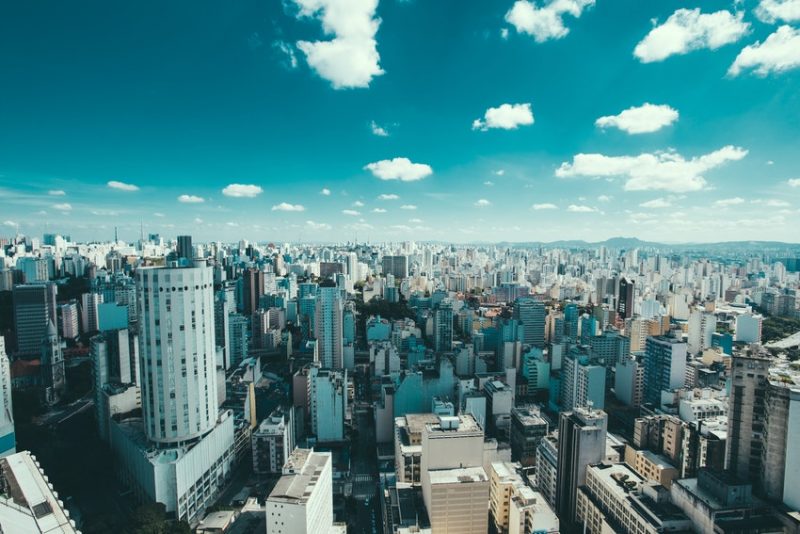 Known for its fine dining and superb nightlife, São Paulo is the city with the highest number of tourist arrivals in Brazil.

Visit The Pinacoteca De São Paulo which is one of Brazil’s most important art museums.

Do not miss the Afro Brazil Museum which is devoted to celebrating Afro-Brazilian culture.

Relax in the Parque do Ibirapuera and enjoy the views of the São Paulo skyline.

Known for its striking seasonal rainwater lagoons and vast desert landscape of tall, white sand dunes, Parque Nacional dos Lençóis Maranhenses is one of the best places to visit in Brazil.

As the lagoons are seasonal, come to visit after the rainy season (in June, July and August) when the thousands of lagoons are filled with crystal-clear water, making the landscape unique.

The park also includes mangrove swamps, but it’s best known for its lagoons. 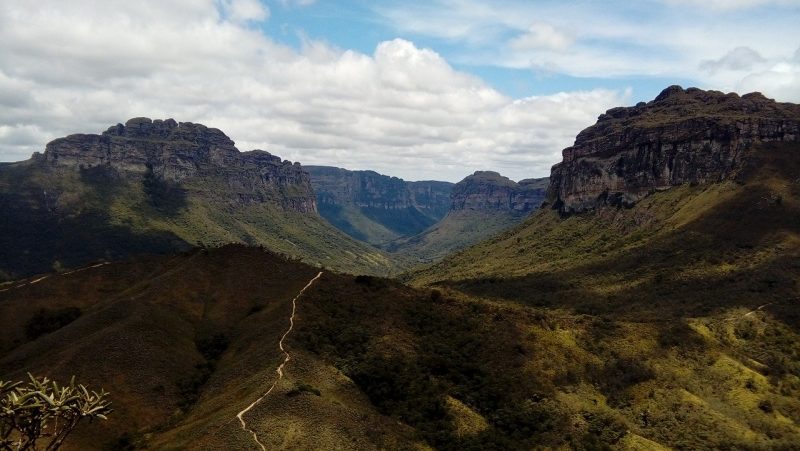 Chapada Diamantina is one of Brazil’s most stunning national parks, with excellent hiking routes through its beautiful valleys.

A rugged region that features mesas towering over deep ravines and lush grasslands. 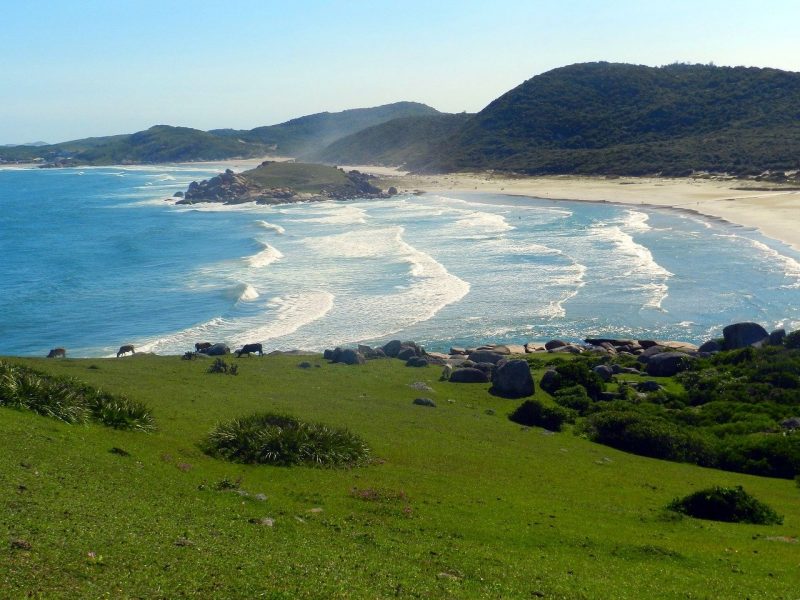 Beaches are an integral part of Brazil’s culture. People go to a beach to socialise, party and simply relax. That’s why the beaches of Rio are so crowded.

Want to spend a relaxing few days of sun, sand and sea? Head to Santa Catarina Island. There you’ll find top-quality beaches that are not as crowded as the ones in Rio.

There are plenty of beaches to choose from. Secluded, undisturbed. With every type of wave for both inexperienced and pro surfers. Windy beaches perfect for kite surfers. It’s all there, on Santa Catarina island.

Santa Catarina is a great destination for hikers and outdoor lovers, too. There are plenty of trails along the coast. 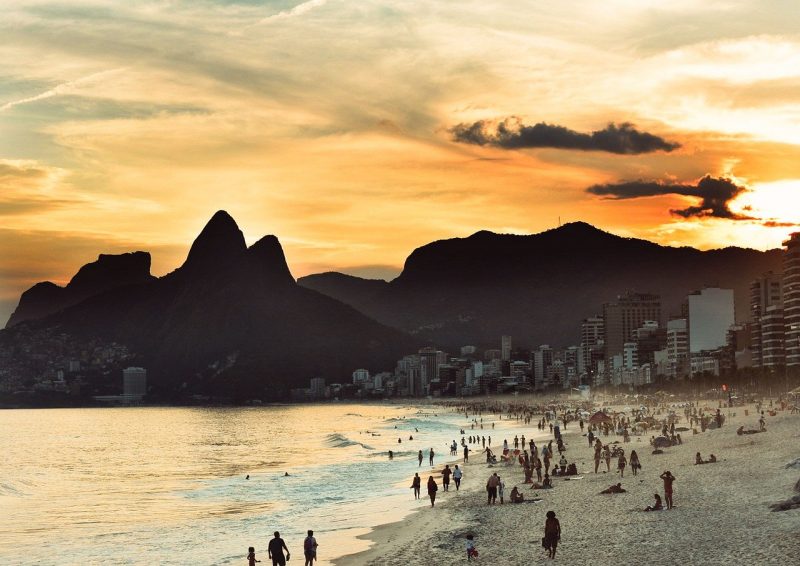 The post 7 best places to visit in BRAZIL appeared first on TravelFree.