Curious about the best places to visit in Western Canada? Canada is one of the largest countries in the world.

The sheer size and diversity of this North American country make it a great travel destination. There is everything for everyone in Canada.

Outdoor lovers and avid hikers will absolutely love the nature trails and national parks Canada has to offer. History buffs will enjoy Canadian cities, historical towns and museums. Kids will enjoy the plethora of tours and fun activities.

Did you know that Canada is one of the few countries in the world where you can view majestic polar bears in the wild?

As Canada is so vast, it’s impossible to write about all the places one can visit there. To make this task easier, in this article we will focus on Western Canada only.

Here is a list of some of the best places to visit in Western Canada.

It is one of the largest national parks in the country and the ultimate destination in Canada.

Banff National Park is located in the picturesque Canadian Rockies and is home to rugged mountains, turquoise glacial lakes and more than a thousand glaciers.

Some of the best places to visit in Western Canada are located in the park:

Banff National Park has been recognised as one of the best destinations in the world. The park is a part of UNESCO’s Canadian Rocky Mountains World Heritage site. 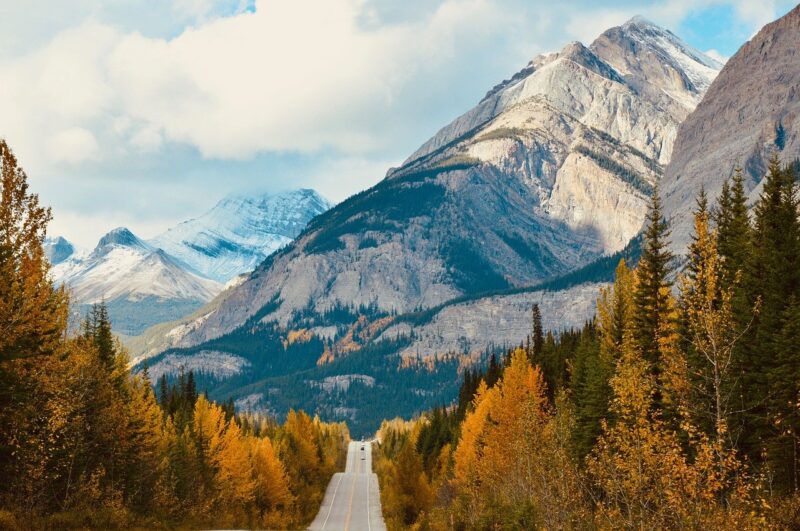 Located just 290 km from Banff, Jasper National Park is another must-see in Canada.

The park is home to mountains, glaciers, lakes and waterfalls. It also contains the Columbia Icefield which is the largest icefield in the Rocky Mountains. It is about 325 km2 in area, and a part of it lies in the northwestern tip of Banff National Park.

The icefield contains several glaciers. Athabasca Glacier is the most notable glacier.

We strongly suggest combining a trip to Banff National park with a trip to Jasper National Park and Columbia Icefield, as these 3 are the best places to visit in Western Canada.

Jasper together with the other national and provincial parks of the Canadian Rocky mountains form a UNESCO World Heritage site named “Canadian Rocky Mountain Parks”. 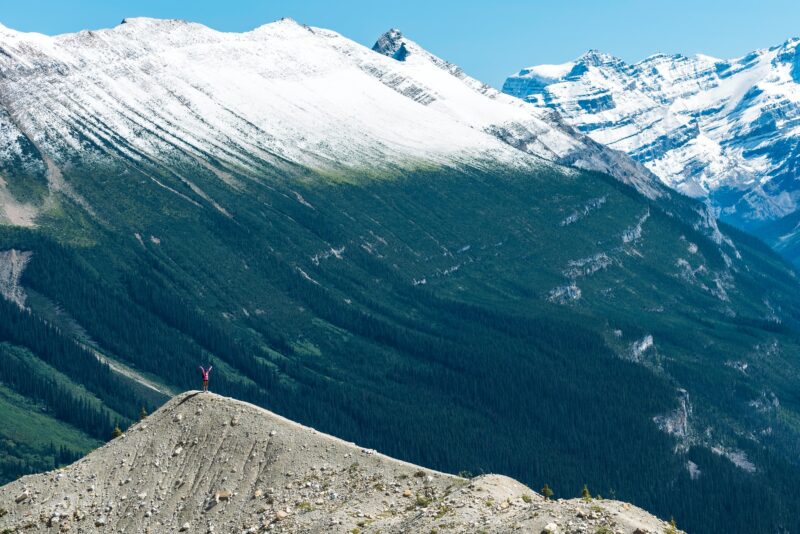 As you may have already understood, Western Canada is rich in national parks.

And Yoho National Park is yet another amazing national park you should visit during your trip to Western Canada.

The Iceline Trail is a must when visiting Yoho National Park. It is 21 km long and offers expansive views of Yoho Valley and Little Yoho Valley. It goes past Daly Glacier, Laughing Falls and Takakkaw Falls which are the most famous sights in the park. 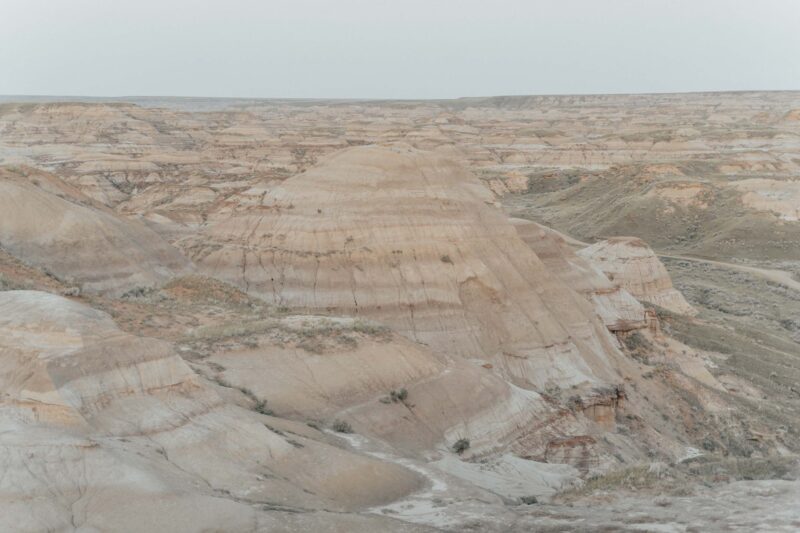 It is situated in the Red Deer River valley, which is known for the abundance of dinosaur fossils and impressive badlands and spectacular hoodoos (thin spires of rock).

The park is one of the richest dinosaur fossil locales in the world. Fifty-eight dinosaur species have been discovered here.

With its spectacular and bizarre landscapes, reconstructed skeletons and ancient fossils, the park is a great place to visit both for adults and kids. 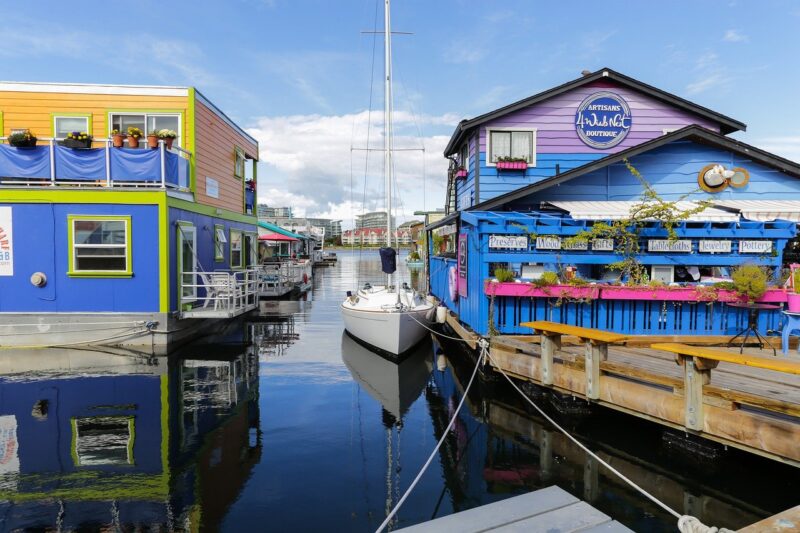 Vancouver is a major city in western Canada. It is home to world-class museums, gleaming glass skyscrapers, multiple green spaces and a renowned food scene.

According to DK Eyewitness Travel, Vancouver is a ‘fast-paced multicultural destination’.

Visit Capilano Suspension Bridge Park which is one of the most popular tourist attractions in Vancouver.

Do not miss Vancouver Chinatown, which, just like other Chinatowns around the world, is a popular tourist attraction.

If you plan to visit Vancouver, do not miss Vancouver island — the largest island on the west coasts of the Americas.

Start in British Columbia’s capital, Victoria. With a distinctly British atmosphere, it boasts plenty of historic buildings and great restaurants.

Probably the most popular destination on Vancouver Island is the Butchart Gardens which are located not far from Victoria.

Nearly one million people visit these gardens each year. The Butchart Gardens are among the world’s most beautiful public gardens.

Vancouver Island is also known as a superb hiking destination. With an abundance of hiking opportunities, it’s a paradise for outdoor lovers. 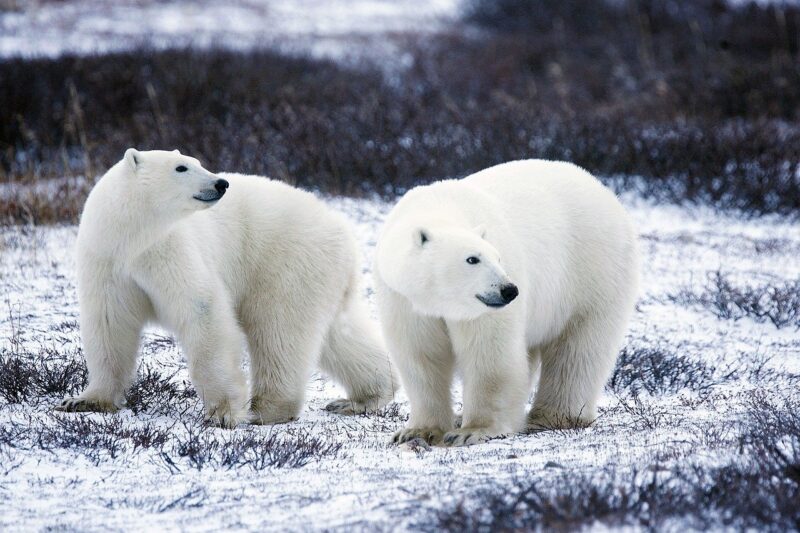 Canada is one of the few countries in the world where you can view majestic polar bears in the wild.

And Churchill is one of the best places in the world to see them in their natural habitat.

Churchill is a town in northern Manitoba, on the west shore of Hudson Bay. It is often called “Polar Bear Capital of the World”.

The best months for polar bear viewing are October and November.

But polar bears are not the only animals you can spot in Churchill.

Thousands of beluga whales move into the warmer waters of the Churchill River estuary during July and August to calf. It is a major summer attraction. That’s why Churchill is also known as the “Beluga Capital of the World”.

Churchill is also one of the places in Canada where you can witness the Northern Lights (Aurora Borealis).

Auroras are the result of solar wind — a stream of charged particles released from the sun that collides with oxygen and hydrogen atoms in the upper atmosphere. The collisions produce the lights of the aurora as the magnetic field of the earth draws the solar wind towards the high-latitude regions.

Remember that the Northern Lights aren’t visible all year round, only during the longest and darkest nights of the year (typically February & March). 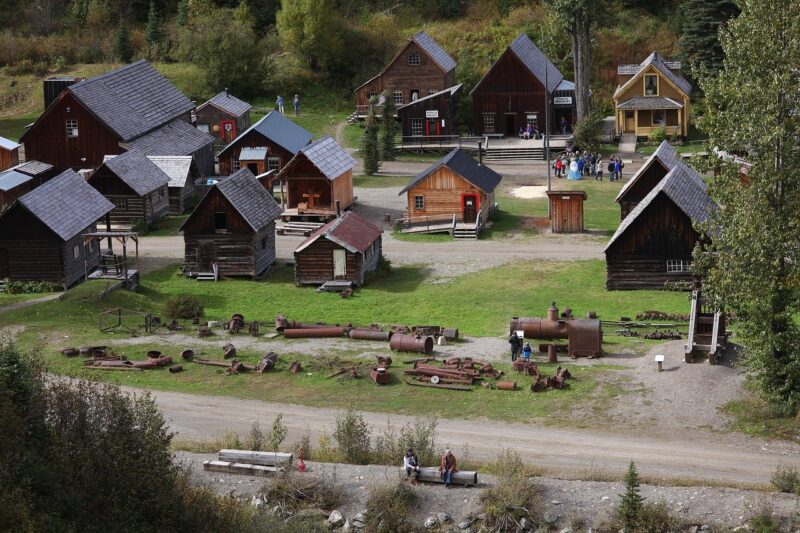 Want to travel back in time? It’s possible in Barkerville Historic Town — a well-preserved 19th-century mining town and world-class heritage site. It appears as it did in its heyday and attracts visitors from all around the world.

Fully restored in the 1950s, Barkerville Historic Town has over 120 restored or reconstructed buildings. The history of each building has been researched and documented.

Visitors can see craftsmen at work, watch 1860s-style shows at the theatre and partake in other fun activities. 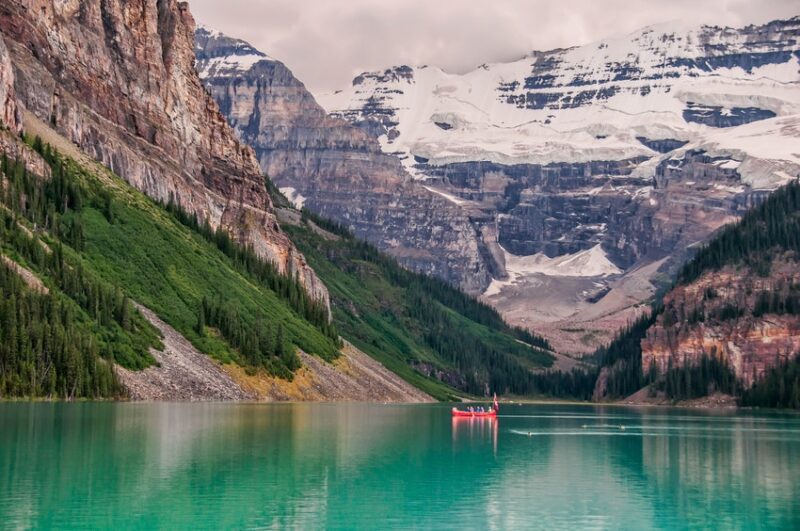 The post 7 Best places to visit in Western Canada appeared first on TravelFree.