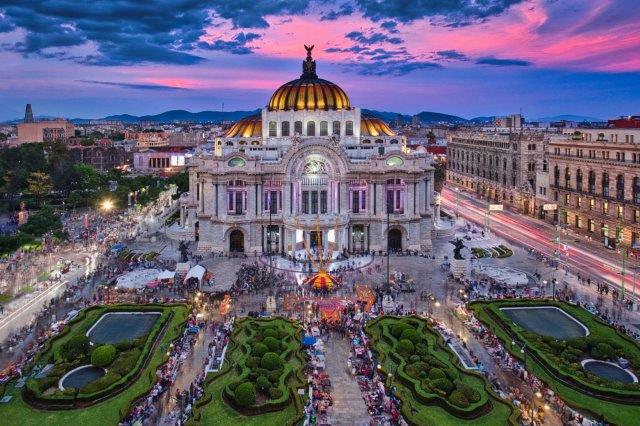 Book by: 31st of January

You can book your accommodation in Mexico via Booking.com. Also, you can further discount your hotels/" 3142 target="_blank">hotel when using one of the following promo codes.

Mexico City is the capital city of Mexico, and the largest city in North America by population. The greater Mexico City metropolitan area is one of the world’s largest and the largest city by population in North America, with an estimated 26 million people living in the region. It is shaped roughly like an oval of about 60 by 40km, built on the dry bed of Lake Texcoco, and surrounded on three sides by tall mountains and volcanoes such as the Ajusco, the Popocatepetl and the Ixtaccihuatl. If you have booked these cheap flights from Amsterdam to Mexico City you can read more about this interesting destination at Wikitravel.