Curious about the best places to visit in Mexico? Mexico is a large country located in North America. It is comprised of 31 states and is the second-largest Spanish-speaking country by area, after Argentina.

Mexico has a rich and complex history which dates back as far as 8000 BC. It is identified as one of six cradles of civilization.

Not only Mexico is large, but it’s also very diverse. There certainly is no shortage of things to do and see in Mexico. And thanks to that it attracts so many visitors.

This and so much more you can experience in Mexico! And you’ll fall in love with it! But where to start? What to do and see in Mexico?

Mexico’s size and sheer diversity can make it hard to know where to start.

That’s why we have created this list of some of the best places to visit in Mexico. Check it out!

7 best places to visit in Mexico 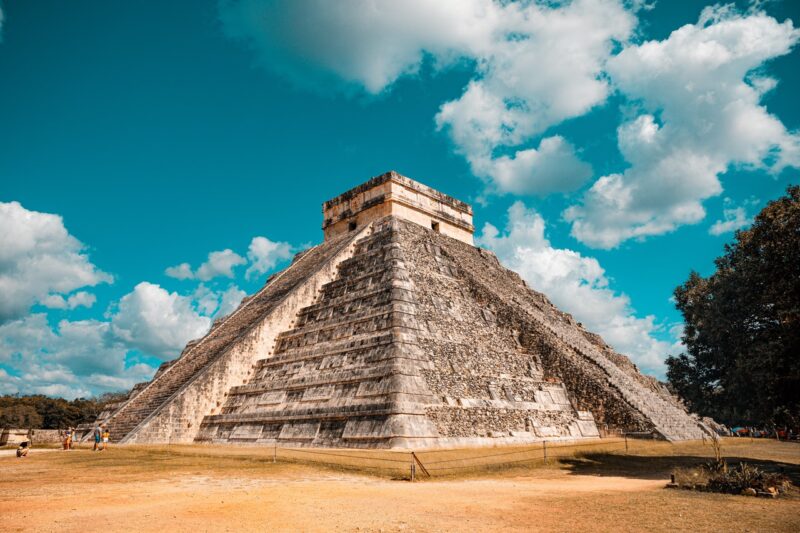 The Yucatán Peninsula is a large peninsula in Mexico which separates the Gulf of Mexico from the Caribbean Sea.

This peninsula is a paradise for first-timers to Mexico as there’s no shortage of things to do in the Yucatán Peninsula. You probably could spend your vacation only in Yucatan, and still, it won’t be enough.

Here’s a list of our favourite places to visit in the Yucatán Peninsula:

If you can drive, we suggest you go on a road trip around Yucatán. That way you’ll be able to visit not only the major tourist spots but also smaller towns. 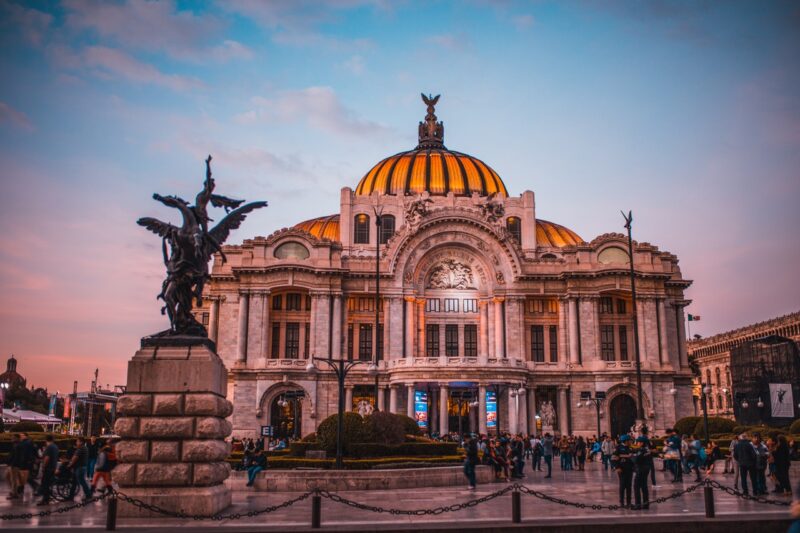 Mexico City is the capital of Mexico and the most populous city in North America.

With an abundance of fascinating museums and architectural gems, Mexico City undoubtedly is a cultural centre of Mexico.

There are museums for every taste and for all age groups. And the Frida Kahlo Museum is undoubtedly one of the best museums in Mexico. It is dedicated to the life and work of Mexican artist Frida Kahlo. The museum is set in the “Casa Azul” — Frida Kahlo’s home which is carefully preserved and maintained.

If you are visiting Mexico City, do not miss Teotihuacán. It is a pre-Hispanic holy city located some 50 km northeast of Mexico City. It’s an important archaeological site and a perfect example of an ancient city.

Teotihuacán is one of the most powerful cultural centres in Mesoamerica and a UNESCO World Heritage Site. 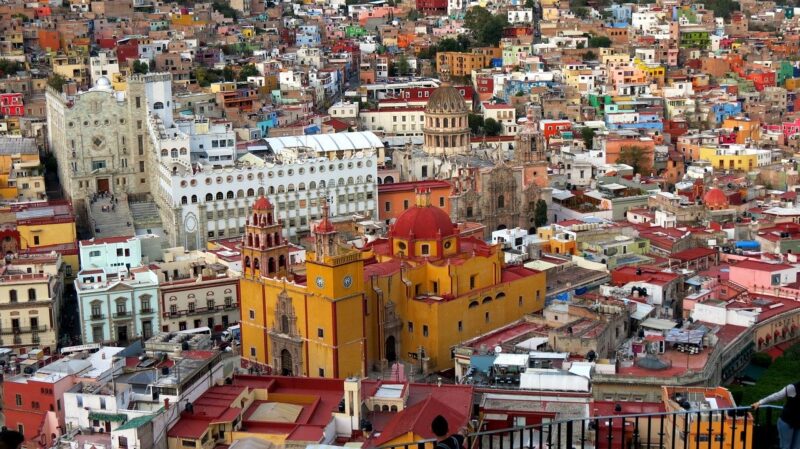 Guanajuato is one of the most beautiful cities in Mexico. Known for its colourful buildings resting in the foothills of the Sierra Madre, Guanajuato attracts visitors with its beauty, history, and cultural heritage.

Guanajuato City was the world’s leading silver extraction centre in the 18th century.

Thanks to the prosperity of the mines, Guanajuato City boasts some beautiful examples of Baroque architecture such as the churches of La Compañía and La Valenciana. 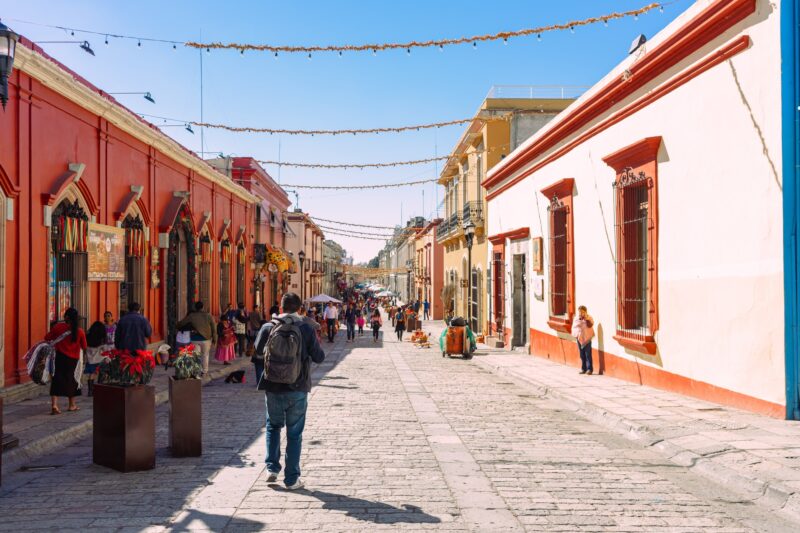 Lying in the foothills of the Sierra Madre, Oaxaca City attracts visitors with its historical heritage and archaeological sites.

One of the best things to do in Oaxaca City is to explore its colonial centre whose streets have a very tranquil feel to them.

Do not miss Templo de Santo Domingo — a spectacular church with an impressive interior.

Oaxaca is also known for its impressive ruins — Monte Albán. This ancient city in the hills was home to Olmecs, Zapotecs and Mixtecs, and is regarded as a precursor to present-day Oaxaca.

Oaxaca City together with Monte Albán is a UNESCO World Heritage Site.

The city of Oaxaca is known for having one of the best Dia de Los Muertos festivals in Mexico. It’s a holiday celebrated in November in many parts of Latin America. Taking part in night-time processions is one of the best things to do in Mexico.

If you are visiting Oaxaca City, do not miss Hierve el Agua. It’s an impressive set of natural rock formations that resemble a large waterfall. There are numerous natural pools at the top of the rock formations. 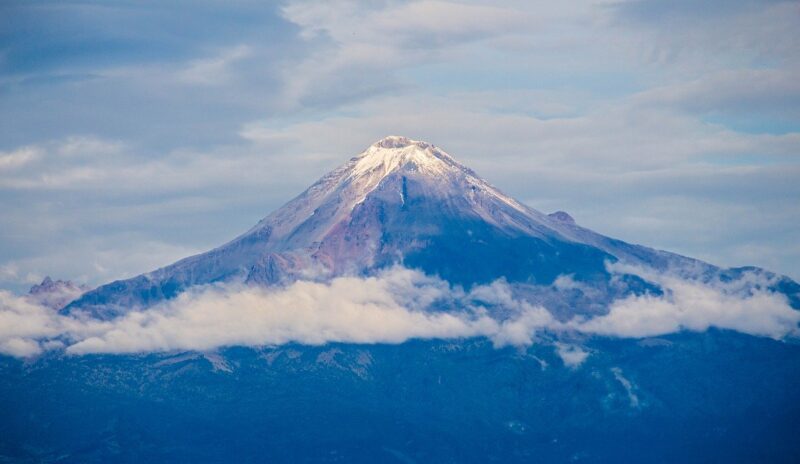 Pico de Orizaba is a stratovolcano on the border of Puebla and Veracruz states.

With an elevation of 5636 m, it is the highest mountain in Mexico and the third highest in North America.

Pico de Orizaba volcano is currently dormant but not extinct. 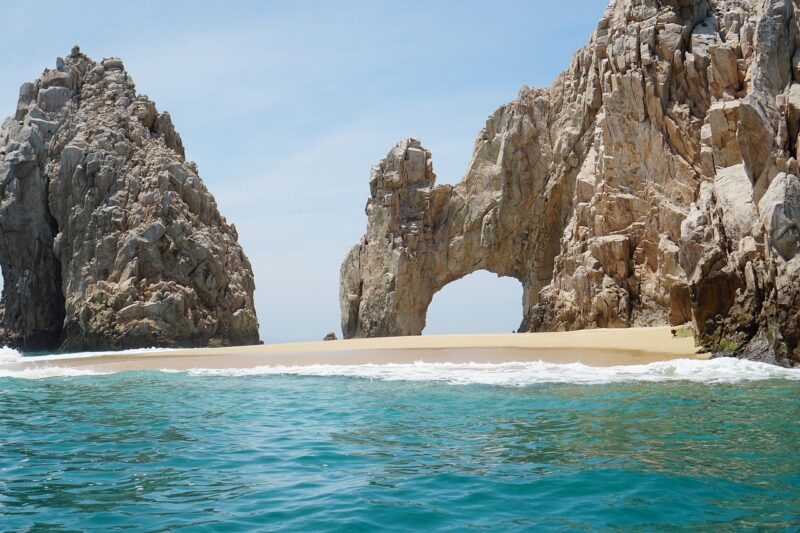 The Baja California Peninsula is a peninsula in Northwestern Mexico. Due to its proximity to the United States and its countless beaches, Baja California is a popular tourist destination for Americans.

There are plenty of hiking trails that will take you through Baja California’s diverse landscapes.

What else Baja California is known for?

Every winter large numbers of grey whales, humpbacks and blue whales migrate to Baja California to mate and give birth.

Thanks to its UNESCO protected bays, Baja California Peninsula is one of the best places on earth to spot whales. Join a whale watching tour to see these magnificent animals!

Whale season is in the winter months of January through March.

Copper Canyon is a series of massive, rugged canyons in the Sierra Madre Occidental mountains. This canyon system is larger and deeper than the Grand Canyon.

The Copper Canyon train, El Chepe, is the best way to see the stunning Copper Canyon. Running 670 km between Chihuahua and Los Mochis, it is considered one of the world’s great rail journeys.

Copper Canyon is home to one of the longest zip lines in the world — the ZipRider. It is located in the Parque de Aventura Barrancas del Cobre. The ZipRider is 2545 meters long with a vertical drop of 450 meters (17% grade). Max registered speed is a whopping 135 km/h.

Unfortunately, the Copper Canyon area is not among the safest in Mexico. So, be extra careful when travelling there. Avoid hiking alone. Avoid travelling off the beaten path without a guide. Despite the safety concerns, Copper Canyon is one of the best places to visit in Mexico. 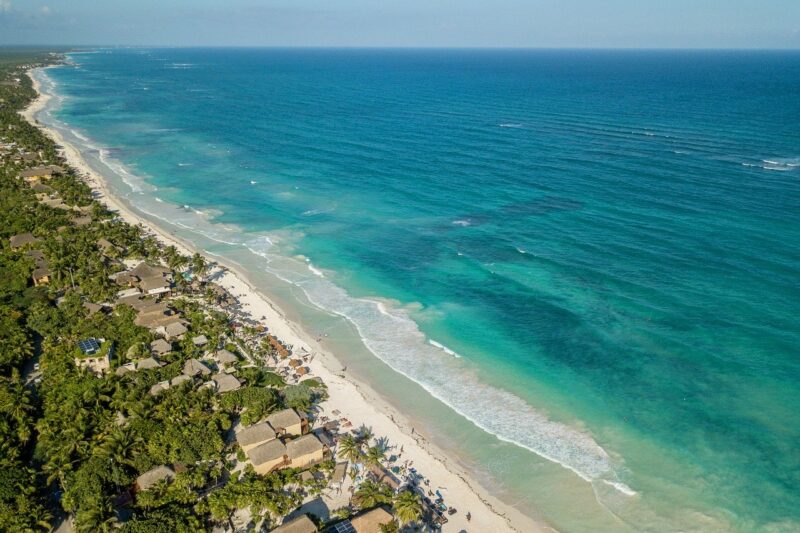 The post 7 best places to visit in MEXICO appeared first on TravelFree.